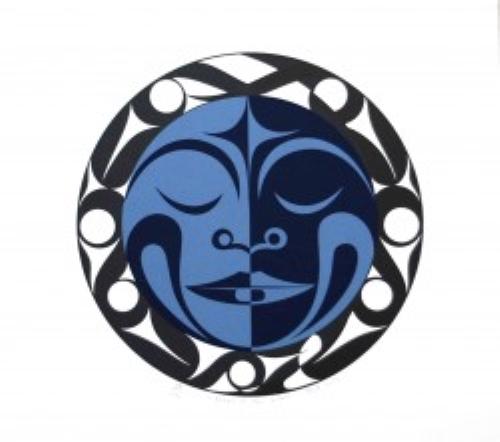 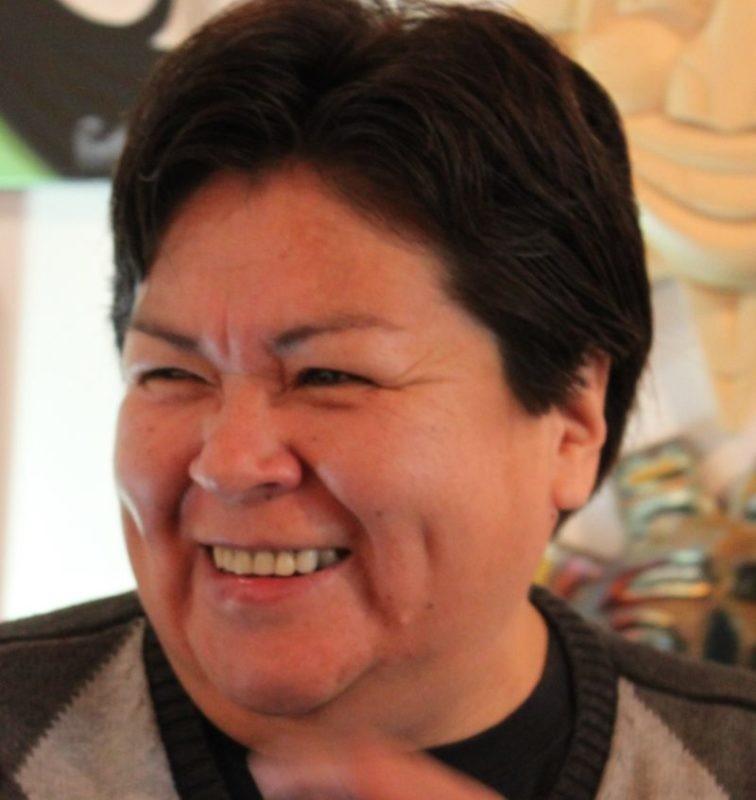 The 4 phasess of the moon

This print depicts the four main phases of the moon. New, first quarter, full and third quarter. Francis Dick feels a strong connectedness with the moon, which has been the topic of many of her paintings and serigraphs.

This limited edition silk screen print titled "4 Phases of the Moon" by Francis Dick was hand produced by the screen printing process. It is the only limited-edition printing of this design. The artist has inspected and signed each copy in the edition. All trial copies of this edition have been destroyed and the printing stencils obliterated.

Born in 1959 into the Musqamakw Dzawadaenutw Band (the four tribes of Kingcome Inlet), Francis Dick is a contemporary Native artist and a member of the Kwakwaka’wakw Nation. She is a descendant of the supernatural Wolf, Kawadelekala, who became the first of the Kingcome people.

The image of this mythical being is prominent in much of Francis Dick’s native art, acknowledging her contemporary ties to her cultural heritage. Francis holds this very near to the centre of her spirit, as she relies on this hereditary knowledge for her strength. “Before anything else, my work is about honouring my life process, my journey, through my fires, from places of pain and darkness to places that I might stand in my truth; my work is not a career, it’s a way of life.”

Francis began her career as a social worker after receiving her degree from the University of Victoria, but quickly realized that her true calling in life was to honour her natural artistic talents.

Francis Dick’s first aboriginal painting, Kawadelekala, was created, then published, as a way to honour her grandmother’s life and spirit after her death in December of 1985. Four months later, her youngest brother, Jesse, took his own life. She created her second aboriginal painting as a way to acknowledge her love and honour for her brother. The pain of losing Jesse took her to a doorway where her journey of self discovery began through her northwest coast art.

Francis Dick is an integral member of the native art community, and is frequently requested to speak for various community organizations, women’s groups and university classes. She has been invited to speak as a guest lecturer as far away as Europe and has had native art exhibitions all around the globe, including China and the Middle East. Francis’ native art has been exhibited in various art galleries and museums, including a permanent exhibit at the Ethnological Museum in Berlin. Her aboriginal paintings, as well as articles and interviews, have been published in books, calendars and magazines all over North America, Asia and Europe.

Although Francis Dick’s primary forms of artistic expression have been her aboriginal paintings, prints and singing, she also works with gold and silver, and is an accomplished writer and performer of native ceremonies.

Qwul’Thilum (Dylan Thomas) is a coast Salish artiste from Lyackson First nation, who are traditionally from Valdes Island on the Northwest coast of British Colombia. Born in 1986, Dylan Thomas grew up in a family rich with culture and tradition and was lucky to be exposed to aboriginal art at a young age.

The design developed while I was exploring the artistic possibilities of logarithmic spirals. Spirals have been fascinating humankind for most of recorded history. The Archimedean spiral -  a spiral that maintains the same distance between each line after rotation was named after the Greek mathematician Archimedes, one of the earliest people to formally study the spiral in the third century B.C., but wasn’t until the sixteenth century that Rene Descartes became one of the first people to write about the logarithmic spiral: a spiral which widens as it circles outward. This type of fractal spiral – which is the most complex mathematically – is actually much more common in nature: snail shells, hurricanes, certain flower petals, draining water, and the tails of certain animals ( such as the Seahorse), all the spiral following a logarithmic pattern.

After experimenting with the spiral, I decided to use the opportunity to create a seahorse – an animal not found in the Pacific Northwest (and thus not found in traditional Coast Salish art). I adjusted some of the designing techniques from my more traditional art to create the head and the body – then attached it to the logarithmic spiral to create the tail.. In the end , I had a design that combined some of my favourite elements of Coast Salish design with the elegant beauty of geometric balance.